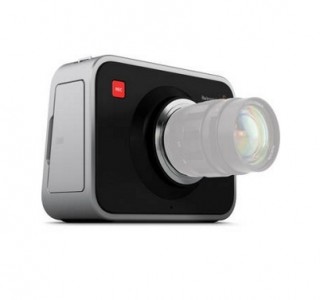 Move to Digital Film
Blackmagic Cinema Camera features a high resolution sensor with wide dynamic range so it’s perfect for independent film, television commercials and episodic television production. DaVinci Resolve software for Mac™ and Windows™ is included so you can work at the highest quality and get the best results. Blackmagic Cinema Camera is both affordable and a complete solution because it includes a built-in recorder and monitoring, so it’s perfect for displacing video-only cameras for work such as sporting events, weddings, music videos and more!

13 Stop Dynamic Range
Regular video cameras clip video so you are locked into images that look cheap. Blackmagic Cinema Camera eliminates this problem as it captures a super wide dynamic range of 13 stops into 12-bit DNG files, so your images look truly cinematic. This preserves detail in both shadows and highlights, and even handles indoor shots while keeping the details of any images captured through windows. This means you keep all sensor data so you can make creative decisions during DaVinci Resolve color grading!

Premium Quality
Building one of the finest cameras in the world requires attention to every detail. Blackmagic Cinema Camera’s premium quality design features a machined aluminum chassis, interchangeable optics, high resolution 2.5K sensor, 13 stops of dynamic range and 12-bit RAW uncompressed and compressed file formats! Every aspect of the image path has been totally optimized for quality, so this means you always get the quality you need for the most demanding work.

EF and Passive MFT Mount Models!
Now the Blackmagic Cinema Camera comes in two models, depending on the lens mount you want so you can use the most amazing optics from the world’s leading lens crafters. The original EF compatible mount model lets you use Canon and Zeiss lenses with full electronic control of your lens iris and more. The new Passive Micro Four Thirds (MFT) gives you compatibility with a wide range of manually operated lenses, while also being easily adapted to other mounts such as PL mount via third party adapters. With Blackmagic Cinema Camera you are not locked into any specific lens and you can choose the lens you need based on the creative style of your shot!

Metadata Entry
Blackmagic Cinema Camera is the first camera to feature built-in metadata entry so your files include information compatible with popular editing software. This dramatically speeds up the whole post production process! Entering metadata is easy. Simply tap the capacitive LCD touchscreen to display the slate where you can enter information such as shot number, search tags, scene number, timecode and more! You can even set shot number and other data to increment automatically!

Built-in SSD Recorder
Blackmagic Cinema Camera features a built-in SSD recorder that allows 2.5K uncompressed CinemaDNG RAW 12-bit capture as well as Apple ProRes and Avid DNxHD compressed video formats. All file formats are open standard and used by NLE software so you get the only camera designed from the ground up to be part of a whole post production workflow! When you’ve finished shooting, simply connect the SSD to your computer and edit or color your shots straight from the disk!

Travel the world with the digital cinema camera you can hold in your hand! Cinematographers form a personal relationship with their camera for a creative partnership that can last years and span every location on the planet! Starting with a chassis machined from solid aluminum, capped with a smooth rubber front and rear for easy grip, plus a rear facing touchscreen for easy metadata entry, you get a stylish design that’s optimized for the whole post production workflow. Blackmagic Cinema Camera includes standard jack audio so there are no custom connectors!

Use Standard Connectors
Say goodbye to annoying custom cables you can never find when on a location shoot because Blackmagic Cinema Camera uses only standard connections! You get jack mic/line audio inputs for recording the highest quality uncompressed audio, as well as 3 Gb/s SDI out for on set monitoring or for sending to live production switchers. Also included is 12V to 30V DC input for power and battery charging, 3.5mm headphone socket, LANC remote control and high speed Thunderbolt port for computer capture!

Capacitive Touchscreen Display
The 5" touchscreen lets you see your shot, as well as play back from the SSD using the transport control buttons below the screen. Enter shot data and update the camera's settings using the capacitive touchscreen display, just like a smartphone! Double tap to zoom the image for fast and accurate focus. To keep you updated, the data strip displays information including record status, shutter angle, ISO, battery level, record time and more.

Built-in SSD Recorder
Blackmagic Cinema Camera includes a built-in SSD recorder that uses low cost 2.5" SSDs. You're not tied to proprietary media and SSDs of different sizes are widely available. You can play back directly from the Blackmagic Cinema Camera, mount the disk to any computer or use Blackmagic Design's HyperDeck Studio deck. Alternative camera media cannot match the performance of SSDs and require slow file copying to use. With Apple ProRes and Avid DNxHD video formats you can record for more than 5 hours on a single 480GB SSD!

Enter Metadata Easily
The large capacitive touchscreen display makes it incredibly easy to log metadata directly into the camera. When you tap the display with a finger, a data entry window called the "slate" appears. This lets you enter shot information just like typing on a smartphone. This data is then stored in the files so can be accessed by NLE software when editing content later. Metadata is compatible with popular software such as Final Cut Pro X and DaVinci Resolve.

Fast Metadata Entry
Logging file metadata directly into the camera dramatically speeds up the post production process. With the Blackmagic Cinema Camera 'slate' you can enter information such as shot number, search tags, scene number, timecode and more! You can even set shot number and other data to increment automatically! Metadata is compatible with leading editing software and is fully searchable so when you're editing your project you can avoid the time consuming task of searching for specific shots! 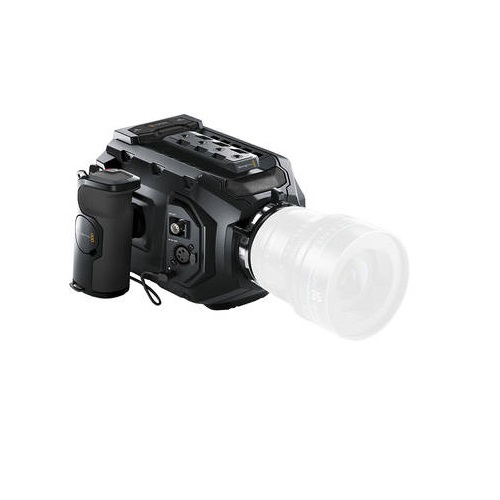 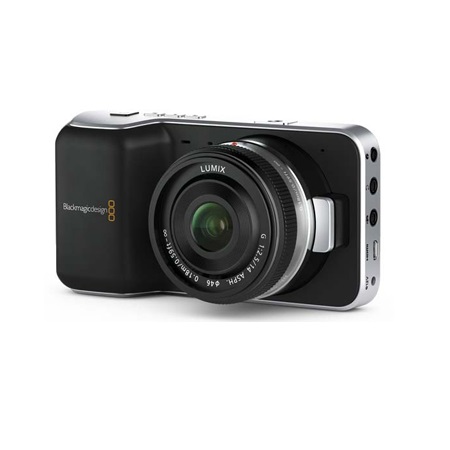 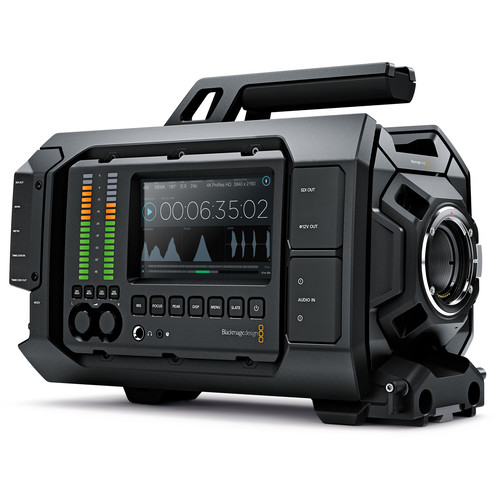 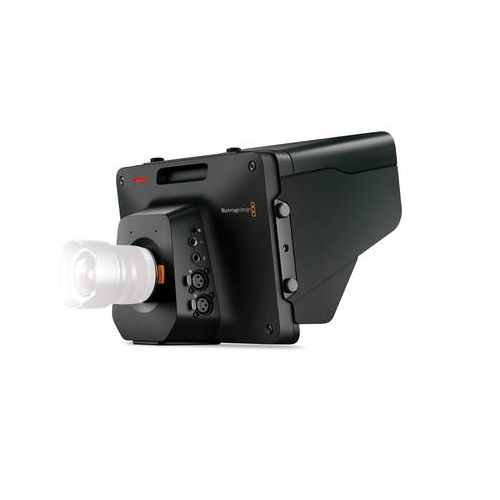